In the blink of an eye it’s over. 4 1/2 days of some of the best birding at one of the best migrant traps in all the midwest, the shores of Lake Erie in May. This year for the first time we stayed in a cabin at Maumee Bay State Park, and the accommodations were great. There’s something to be said about having your own kitchen and living space with big comfy chairs and couch to help you unwind after a day of birding. Our cabin set next to a pond where you could watch Canadian Geese with their chicks feed in the grass. A beaver glide through the water as warblers called from the thick bushes next to you. At night American Woodcocks would put on display flights as a Screech Owl called off in the distance. We enjoyed our stay so much we made next years reservation for the same cabin right before we left.

But the reason we’re here are for the birds. And the weather conditions couldn’t have been more of a challenge than those days we spent there. We really only had one good day of birding when the temps were warm and the sun was out. The other times it was wet, windy, cool,  and perfect for birding. While others may be waiting in their car for the rain to stop, not me. Throw on my rain jacket and off I go. Saturday was particularly windy, but then the birds come down from the tops of the trees making it easier to see them at eye level.

And as you would expect the boardwalk was packed to the gills. What with festival participants and everyone else, the place easily turned into a human traffic jam at times. And just like you never say “bomb” in a crowded airport, the same holds true if you speak”Mourning Warbler”. You better mean it because the crush of people will be upon you quickly. And this is where being an early riser pays off. Being at the boardwalk well before sun rise has it’s definite advantages. Fewer people makes for easier birding by ear, fewer human traffic jams and giant tripods blocking the way.

And as you’d expect the Auto Tour at Ottawa National Wildlife Refuge was open daily with the added treat of having some added loops to drive. MS-5 was open for the first time in a long time. In reality I only remember once when it was open in the autumn several years ago. It was that time I got my “Lifer” Black-bellied Plover, in MS-5. And just north of MS-5 is Pool 3, and I’ve never seen that one open. Bravo to those folks at Ottawa for allowing us to extend our exploring a bit.

So once again it was a fabulous trip, one which I’d highly recommend even if it was for only a day. If I can’t convince you, then maybe some of my crappy pictures will help.

The ever present Yellow Warbler

A terrible photo of a Prothonotary Warbler 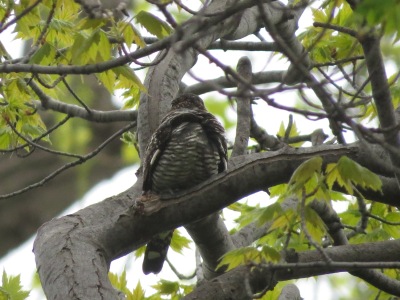 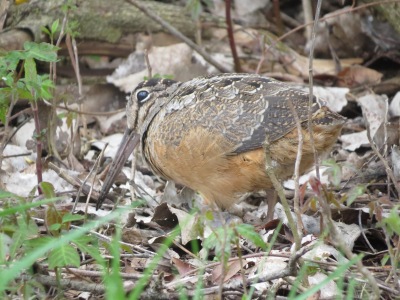 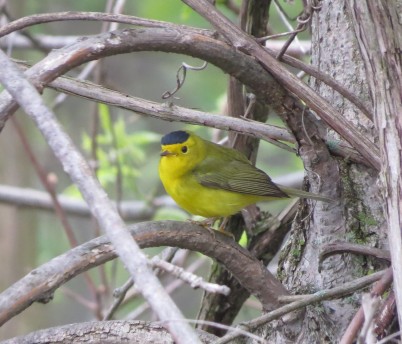 Notable birds for the trip includes: