It was a cool, overcast morning as I set out this Sunday morning for a little birding. I had my sights set for Gilmore Ponds which would get me home around lunch time after circumnavigating the park. A nice walk-able park with plenty of water and open grassy areas. 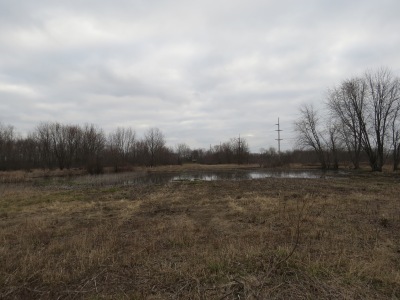 Gilmore Ponds butts up against the old Miami-Erie Canal, so it’s low lying nature makes for loads of standing water after a rainy day. Through some terrible decision making by Butler County politicians with little or no conservation mind-set, the park is suffering. It usually boils down to the need of the county and money, and in this situation it’s the parks that suffer. A few years back this park was closed to the public and individuals would sneak on (myself included) for some birding. But’s it’s open now through the passage of recent tax levies, and for the most part everyone is happy.

This is great Eastern Bluebird habitat and I noticed a family busy feeding and setting up house at the various Bluebird houses scattered around the park. 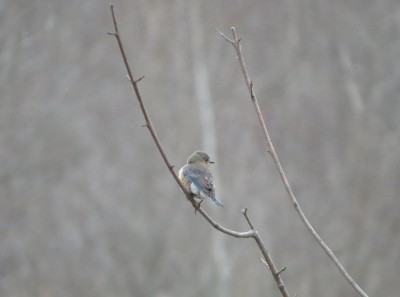 This is also a great park if only for it’s Great Blue Heron rookery. Every year it varies in sizes and the total amount of nests. Usually after violent storms we’ll loss some nests, which is normal, however this year we seem to have plenty. 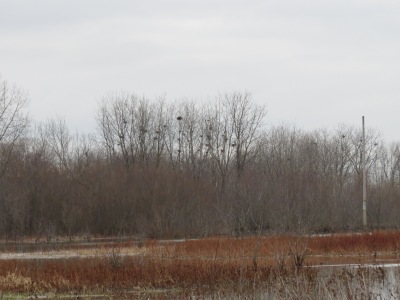 Gilmore Ponds is also one of my go-to places for Rusty Blackbirds. A few years back Jon and myself were witness to hundreds of Rusty Blackbirds and they foraged along the edges of a flooded wood lot. Now to sort through all the Red-winged Blackbirds, Common Grackles and Starlings can be daunting, I finally came upon about a dozen feeding along the edge of one of the larger ponds. Getting near for a photo proved difficult, but I was able to squeeze off this terrible photograph. 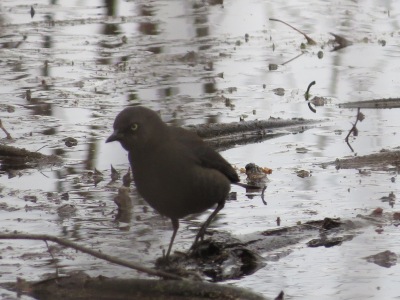 With those yellow eyes it really looks like an angry bird, but  I just love these birds.

On my way back towards the parking lot I came upon a very small pond. No more than 12 feet across this pond must be spring feed because even during dry spells it always has water. As I got closer I noticed flitting about a Eastern Phoebe feeding, my first for the year. 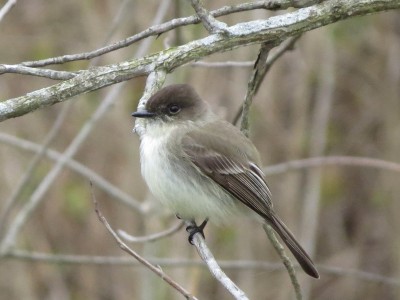 A much better effort.

All told a pretty good effort of only half a day. I recorded 40 plus birds with nothing too surprising. A nice leisurely walk in a park. Just what the doctor ordered for the start of my vacation.

The first day of Day Light Savings Time and it’s time for a little birding despite the cold weather. Even though I took my camera with me I wasn’t in a very photographic mood. I just wanted to wander around at Armleder Park for a couple of hours and do nothing more than some casual birding. No hurrying from one place to another. No ticking off as many birds as you can in a single day. Spotting a common bird can be just as exciting as seeing a rarity. Spring is almost here and there will be exciting times ahead when it comes to birds.

All the normal birds were seen except for my first of the year Greater Yellowleg. For a cold March morning this is a pretty good bird.

The size and the up turned bill is a dead give away. Quality is poor, however considering the distance I took this shot, it’s not too terrible. 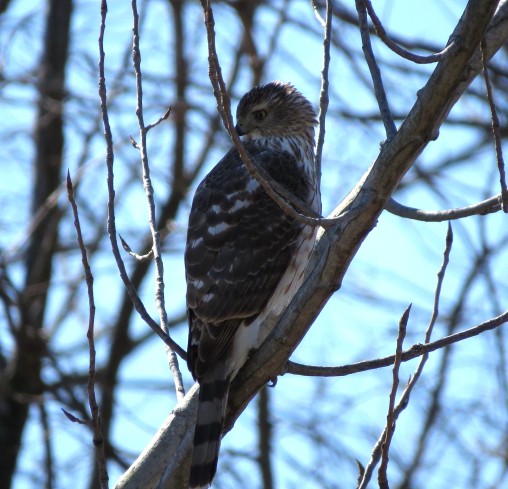