It’s the beginning of April in the Ohio Valley. The outside temperatures are warming, and some of our early migrating birds are starting to show up like Pine Warblers, Louisiana Waterthrush, Eastern Phoebes, and the increase of Yellow-rumped Warblers. Early April is also the time us birders in southern Ohio start looking for Vesper Sparrows as the pass through to breed further north. Unfortunately for us our window of opportunity is narrow as the proceed further north in the breed.

Found in open country feeding mostly along the roadsides and open areas within grasslands, they associate alongside Brewer’s, Savannah, and Lark Sparrow’s. Blending in with their surroundings, they can be tricky to spot, but if you happen to spook one, you’ll notice their familiar white edges on the tail. The classic field mark for this bird.

So one of the best places in town to find them is Armleder Park. Located along the Little Miami River, this 305 acre park is a flat, and prone to flooding with great habitat for grassland birds, especially Sparrows. This is the same park that years earlier I was part of a field trip that spooked up a Yellow Rail. Unbelievable!

But yesterday it was about Vesper Sparrows, and luck was on my side. 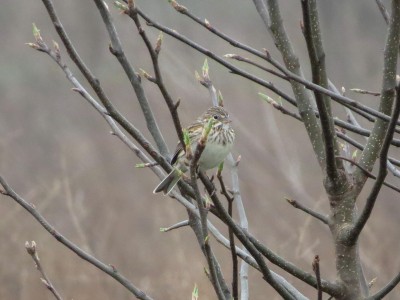 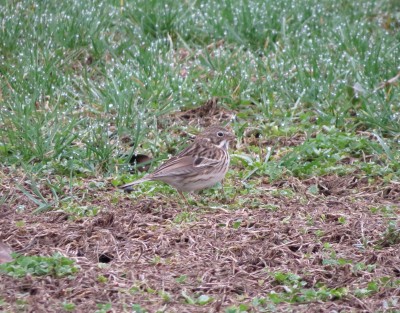 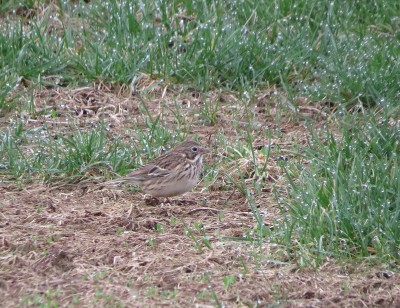 Armleder Park this time of year is home to soccer fields galore. I arrived early enough to walk the fields and find the birds as the feed in the dried patches of grass or along the edge of the sidewalks. 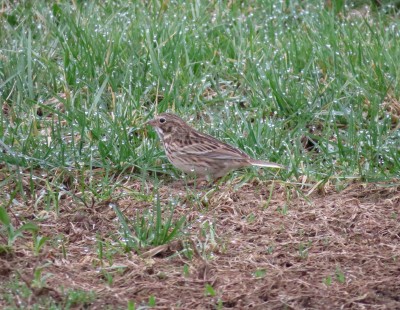 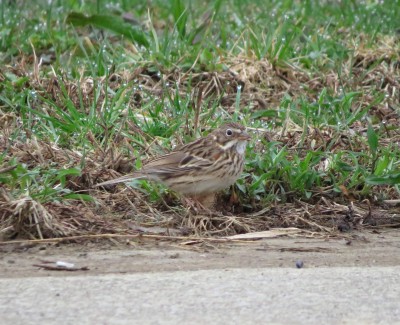 This entry was posted in Notes from the Field and tagged Armleder Park, Bird Watching, Birding, Vesper Sparrow. Bookmark the permalink.

One response to “Notes From The Field”