After a nice leisurely breakfast we set off out of Hattiesburg and pointed the bird mobile south. But before we could even get out of town we had to make a stop so Kathy could pick up a University of Southern Mississippi t-shirt. Which turned out to be pretty good from a birding prospective when I picked up Fish Crow calling from behind the store. It happened to show up beside the store as we were leaving but within camera at the ready no photo proof.
Birding by car can always be a challenge as Kathy reminded me as I was watching this Red-headed Woodpecker fly across my path and landed on a telephone pole.
During a stop at a rest area we were greeted by several Boat-tailed Grackles as they mooched for hand outs. SeverAl more birds were added to my vacation list as we made out way to Destin. Osprey, Great Egret, Great Blue Heron, Brown Pelican were all seen from the comforting the car.
More casual birds were added after we settled into our room and went for a stroll along the beach. Plenty of Laughing Gulls and Sanderlings with a very cooperative Royal Tern.
Tomorrow will be the big day with me heading out trying for Snowy Plover. Wish me luck.

We all like small, unexpected, birding experiences. This morning while having a cup of coffee while lounging in the lobby of the hotel, I noticed a dove that just didn’t seem right. So I got up from the table and wandered outside to check it out. Walking around the property I noticed an open field where a couple of Killdeer were feeding, but no doves.
Making my way back towards the hotel I noticed a lone dove fly down to the ground by one of the hotels side entrances. This was no Mourning Dove. The first thing I noticed about this bird was the white edges along the tail, and the small black cresent collar. Classic Eurasian-collared Dove. Then I noticed another one sitting in a tree, so now I see a chance to get some photos. So I hurried off to the room, picked up my camera, and snapped off some good shots at these very approachable birds.
So let’s add 2 more birds to the trip list
Killdeer
Eurasian-collard Dove

Friday morning started out way too early as the alarm rudely interrupted out sleep at 3 am. In the hour We gave ourselves we had to take our showers, make coffee, pack the car, lock up the house and hit the road, for what turned out to be a very , very long day driving. Hattiesburg Mississippi was our ultimate destination after this day of driving, and besides being uneventful, it truly was boring. The landscapes outside of your car windows are constantly changing with Tennessee being the most entertaining, while Alabama, and Mississippi offered the most yawn factor. These states are big pine country and the road goes on and on through such dense pine forests that they warn you that the next exit can be x many miles away. And between these exits, nothing.

And as many good birder will tell you, despite the danger, we still bird while driving. You just can’t help but notice the kettle of Black Vultures, or the Pigeons as you drive along. So as I drive along I’ll tick off birds and add them to my total vacation list.
After arriving in Hattiesburg, and eating some dinner, I crashed and burned.

After breakfast the following day I had some free time go birding. So I was off to Johnson State Park just outside of town.This is the same park I birded in when I was visiting a few years back. They have a nature trail that’s really nice. Well marked trails with thick under growth, with towering pine trees shading the entire area. My window of opportunity was limited, so I had to take advantage of this time before lunch.
Despite my short time here I did see some quality birds.

Today is my last full day in Mississippi before heading off to Florida, and the weather outlook doesn’t look too promising. Rain is in the forecast, however that shouldn’t deter me from going out. I just don’t know how this will effect the birds. We”ll see I guess.

This one word that has endless possibilities and adventures. Exploring some new destination. Visiting friends and families in far off places where we normally don’t go. Sleepless nights as the departure date approaches as your suitcase stands at the ready. Studying maps and setting your GPS with all the proper way points pre-programed, has become part of our normal pre-vacation process. Loading up on all the appropriate snacks prior to that long drive has become a time honored tradition families practice without giving it a second thought.  Wouldn’t we all love a nice long vacation right about now? Well I am.

However my pre-vacation check list has a few more items that’s not normally found on other, non-birders lists.

This upcoming road trip/vacation will be 2 weeks in length, which hasn’t happened for a long time. It will be a combination of visiting family and friends, intermixed with leisure/ bird watching.

We’ll be starting out with a long drive to Mississippi to visit my southern side of the family. Mostly to visit my last living aunt and uncle who are both 96 years old. She is my Mother’s oldest sister, and she looks so much like her when she was alive. One of the most gentlest souls you’d ever want to meet.

Then it’s onto Destin Florida where Kathy and myself will spend a few days before traveling to Panama City to visit one of Kathy’s favorite cousins. It’s here in these 2 cities where I’m concentrating my birding efforts.

From Florida it’s off to Hilton Head South Carolina where we’ll be staying with a friend of Kathy who she worked with, who’s now retired. It’s here where I’ll contact my Hilton Head birding friend Rich for a few days of some outstanding birding along the Atlantic coast. 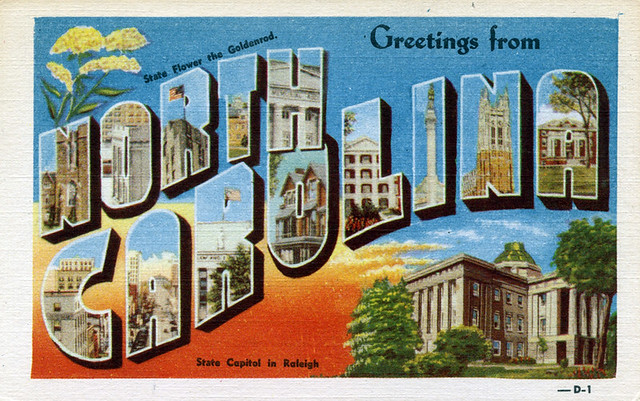 Our last stop will be Asheville North Carolina where we”ll act like real tourists and visit Biltmore House.

The Florida leg of this vacation will prove to be the most difficult as far as birding is concerned. You see I’ve not been to these 2 cities before and knowing where to go birding has caused me to reach out for help through Audubon websites. Our length of stays will also be rather short, which doesn’t help in familiarizing yourself with the lay of the land. Hilton Head is a different subject altogether. having been there twice already I know where to find the birds in the short time there.

Life birds I feel will next to impossible, unless I happen upon a Snowy Plover while in Destin. Most of the Florida specialties are more in the southern/central part of the state, or migration hasn’t brought them this far south. This is yet another frustrating aspect of being a birder.

I will be updating my blog as my birding adventures take shape. Alas I’m still without a means to transfer my photos onto my tablet so I can share my pictures with my readers. This will be remedied before the end of the year as I’ve found the right piece of electronics that will help me  do this.

Sweet sounds in the afternoon

On a summer day.

As Fall migration continues on with some outstanding birds reported all over the State of Ohio, as usual us birders in the Southwest corner have to rely on traveling to scope out the better birds. We have a high concentration of birders in the Tri-state area, who know how to use social media with great efficiency. If something unusual is sighted, it’s out on the World Wide Web pretty quickly. So it came as a surprise when I read that a Red-necked Phalarope has been seen on Mirror Lake in Eden Park since Wednesday. WEDNESDAY! Here’s a photo of Mirror Lake with the Spring House Gazebo. The 186 acre tact of land was purchased from Nicolas Longworth in 1869, which he used as a vineyard. Underneath Mirror Lake is a reservoir, and the top is a concrete lined shallow pond. During the winter when it freezes over people will use it for ice skating. Paved sidewalks all over the park make especially popular with dog walkers and joggers. Which explains why the Phalarope was so approachable.

A park employee noticed the bird a day or so ago from comments made by joggers who observed it during their daily run. So the park employee called a prominent birder in the city. And with that call the whole chain reaction help boost this bird to being our own celebrity.

A pretty small wader at only 7.8″, the Red-necked Phalarope breeds throughout all of the far northern reaches of North America. From Alaska towards Hudson Bay and points Eastward. And on a very rare occasion they will show up in our neck of the woods, as the below photo will attest to.

On August 8th, of 2012 I drove to Lost Bridge to digiscope this Red-necked Phalarope. A life bird for me at the time, this heavily cropped photo is enough to provide a positive ID, and that’s about it.

So yesterday morning while reading Cincinnati Birders facebook page, the sighting reported by birding friend Kathi Hutton that the bird was still there at 0730 was all I needed to get that “twitch” going. So last minutes changes in my plans for the day gave me several hours to drive to the city and find the bird.

Which really wasn’t too difficult considering the crowd of birders and photographers it drew. And considering how approachable the bird was, very photogenic.

I left a little bit of the concrete retaining wall for Mirror Lake in the photo to show how close we were able to get to the bird.

The reason it was so close to the wall. It was feeding as this photo shows.

For me, this was the money photo. I only wish there was a little more sunshine.

One of the concerns of the group of birders present was the condition of the bird. The bird was able to fly as I was able to witness. However later in the day the thread of Facebook was a birder noticed one of it’s legs was dangling behind as it flew. Now my hope is that it will recuperate while here, then fly away for the Winter.